You are here: Home › JAXA › News › The CubeSats for SpooQy-1 handed over to JAXA. Launch preparation is going well!
By Madman on 2019/March/07 in News

The CubeSats for SpooQy-1 handed over to JAXA. Launch preparation is going well!

On February 18, 2019, one CubeSat (size is 3U) was designed and developed in Singapore by students of the National University of Singapore as SpooQy-1 was handed over to JAXA at the JAXA Tsukuba Space Center (TKSC). Loading preparations were started for their on-orbit deployment slated for next May or June. The purpose of SpooQy-1 is to continue the orbit demonstration experiment by installing the source of the polarized photon entangled photon pair on the satellite for the future satellite communication technology innovation. 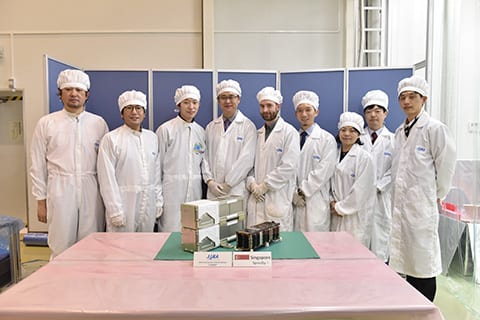 SpooQy-1 development members from participating countries and the JAXA team member officials before their J-SSOD and SpooQy-1, February 19, 2019 (Credit: JAXA) 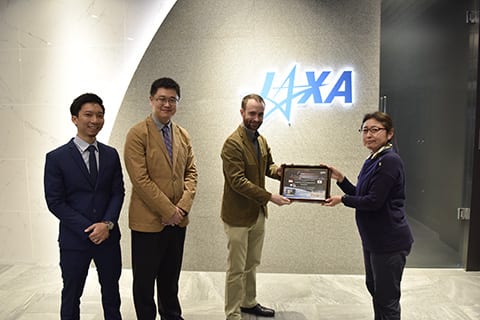 The CubeSat was handed over this time based on the contract to deploy small satellites from “Kibo”. It was done between JAXA and ‘Singapore Space and Technology Association’ (SSTA). The SpooQy-1 and BIRDS-3 were handed over to JAXA on the same day and are scheduled to be launched aboard the Cygnus 11 Spacecraft from Virginia, USA.

The “Kibo” utilization of Singapore begins~ SSTA and the JAXA signed a fee-based agreement to deploy small satellites from “Kibo”~ (November 20, 2017)